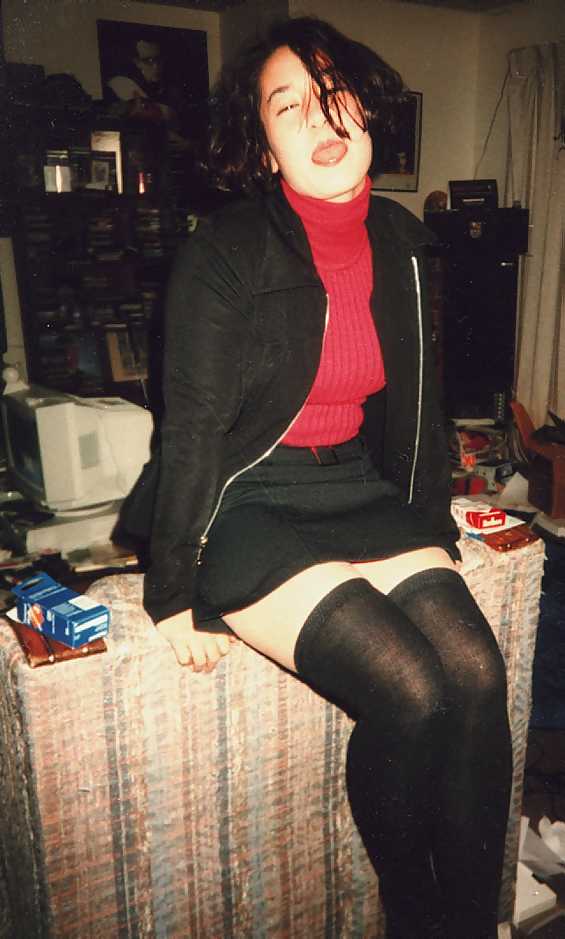 because life is beautiful, linda ended up enlisting in the Navy! and whats wild is, she was really really great at it. unlike in real life, in the military she didnt mind being told what to do and where to be. and finally she had a bond with her father who was also Navy.

she was first in her class at this and that and was never late and always studied and some of the best nights that i have ever had were just sitting in my car with her on Treasure Island looking out at SF hanging out with her, holding hands and talking about - shit, everything.

well too bad for the Navy that they found out that she was a little bit epileptic. a condition that rarely surfaced even under the most bizarre circumstances. but in another weirdo twist, Linda met a soon-to-be Navy seal who was also a Mormon and before you could say, hey wait, she married him, moved to Utah and now they have a gorgeous little daughter.

so what does this all mean? it means nothing. this is a story about a love affair rooted in friendship. about a tomboy who had no problem switching gears and magically turning into very much a woman whenever she felt like it. i think its hillarious that she now has a daughter because you know that little girl is going to give Linda all the headaches that she gave her mom and probably more, if that is even possible.

the last time that i talked to Linda i was at the dot com working my ass off. somehow she had tracked me down and just hearing her voice made me want to go to wherever she was and hang out, but i couldnt speak long but i certainly spoke to her and it was like nothing had changed. we were buddies and best of buddies and there was nothing that she couldnt tell me and vice versa. and the saddest thing about Linda getting booted from the Navy was i always had a secret dream that she would end up being an astronaut. i know that might be crazy, but you tell me, if you were an alien from another world, don't you think you'd want to meet this gorgeous girl on some far off space station?

maybe i just remember the time that my dad left to go to europe and made the mistake of leaving the porsche keys behind and after i went to visit mary i drove up to IV and showed the car off to my friends and i picked up Linda and we drove back to LA for the weekend. we had the top down and these truckers were honking at her and most girls would get all pissed off but linda just took off her shirt and really gave them something to honk at and then leaned the chair back and put her hands behind her head. the honking stopped. not because it wasnt a beautiful site, trust me, she was blessed with the best of the US and Japan, but because they were speechless at the utter confidence and spite. rock on!