supertsar7 : Speaking of sports, is it ok to talk publicly about SportsFilter yet? 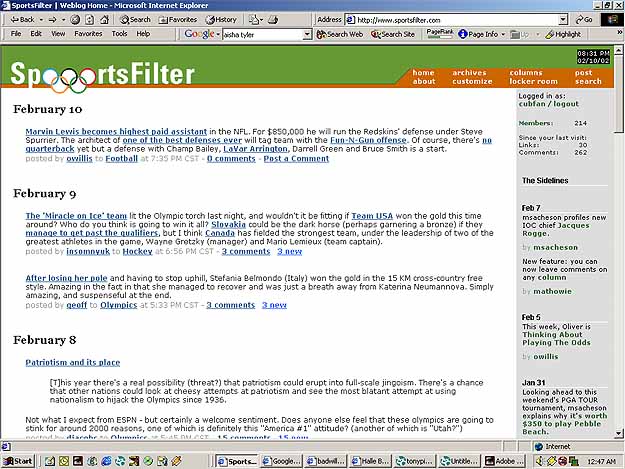