VICE hates itself and wants to DIE 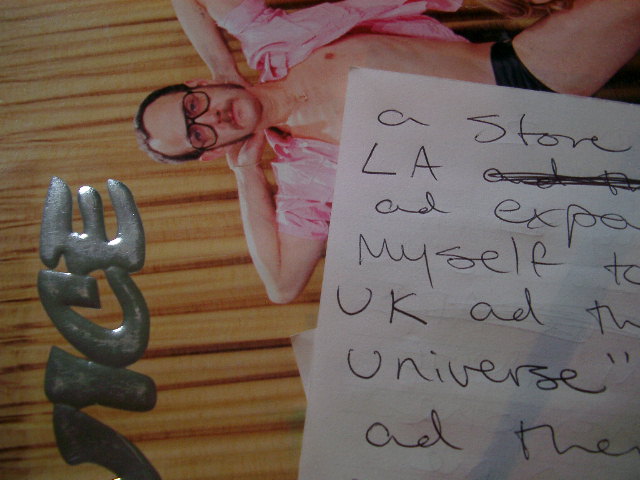 Once upon a time there was this paper in montreal called VOICE or
something, I never read it because I was a fetus, and this paper
turned itself into a 'zine what was a magazine upon losing the letter
'o' in its name and was all FUCK YA! with itself, got an office in
Brooklyn and fishnetted, high-heeled drunks to hang up golf shirts in
their Manhattan clothing store and became officially cooler than
america.

VICE got all wasted and happy and partied all over the lands, taking
pictures of Scottish chicklet-teethed scaries and crankheads with pen
on theirselves on rooftops and for the most part had made a niche for
itself via glamorizing depression and marketing the crap out of it.

SO one day VICE said to itself, "I AM HUGE and everyone believes in me
because society is messed up and I am an activist who takes the piss
out of everything i possibly can and so this means all that I preach
and touch turns into a golden chocolate mansion the size of the USSR
so I am going to open a store in LA and expand myself to the UK and
then the entire universe."

and then that very thing happened.

But then, VICE noticed it was too cool and it got scurred because
'chillens in the 'burbs were hip to its shit and they were getting,
gasp, cool too.

So VICE said, "I MUST put a stop to this immediately!" and so VICE
removed itself from that loser-idiot store at the mall so shitbag kids
couldn't get it anymore and then the circle of cool could be better
controlled but ALACK it was too late because the shitbag youth was
onto it, if not via VICE, via carbon copy publications and television
commercials and kids in the coolness-know.

"Holy Shit!" VICE proclaimed. "I hate suburban kids, RAAAOWR!" and
then all these veins popped out of VICE's forehead and VICE started
doing blow again and generally got meaner and meaner and its
relationship with its readership became less reciprocal because, let's
face it, psychophants are fuggin' irritating, tho', SUBURBAN
psychophants are the epitome of calling up PIZZA PIZZA and it is 4am
and you are so wasted you forgot they stopped delivering at 3 -
irritating on a whole other level.

So what happens then? Well, a gabillion kids rush VICE's messageboards
on the www. and say; "VICE you are SO gay!" and VICE says "FUCK YOU IN
YOUR STUPID ASSES!"

But then Vice felt bad because VICE remembered that VICE came from the
'burbs too, tho' not really, well maybe sort of did, wait what? VICE
has feelings?

"Snap out of it VICE." VICE said to itself as VICE sat on top of the
Empire State Building watching a touristy couple take pictures of
stupid crap VICE got to see everyday. "I AM MASTER OF THE UNIVERSE, I
don't have feelings, what am I a WOMAN!?"

So VICE was all WHATEVER like Alicia Silverstone in Clueless and kept
doing what it was doing - partying, expanding, recruiting, taking shit
for granted, getting older and having more and more groupies telling
it off all the time and VICE would be sued quite often because VICE
was an asshole and would go ahead and do as VICE saw fit because VICE
was always right and knew what sold and what would not so to deal with
all the suing VICE made a very sweet don't bother suing me because I
am not as filthy rich as I appear to be, um hello I am FREE because I
can't get my shit together enough to organize a
circulations/subscriptions department because that is friggin' boring
and time-consuming so you just have to understand that I only am
concerned with a trillion ads every other second and NOT with a
trillion readers subscribing to me and honestly I could care less how
you may feel about my reputation affecting your reputation as a
company/business/client who the fuck are you anyway, you are just some
hobag in advertising named Penny. SUCK ME BEAUTIFUL. 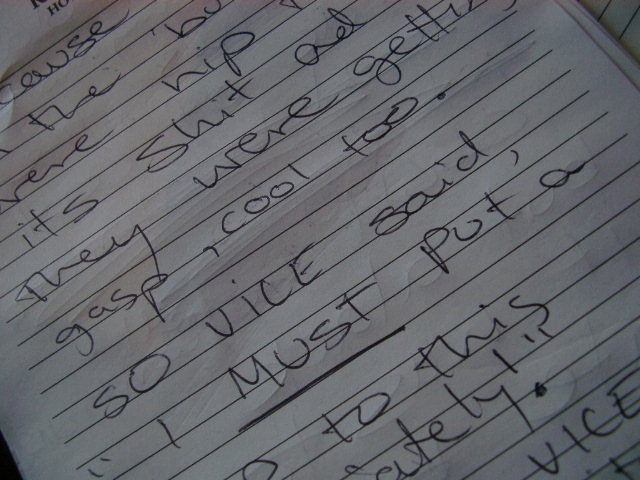 In summation, VICE does not give a fuck about YOU so deal with it. If
it is convenient for VICE then it will happen if it is difficult and
you are a yuppiesnobretard when VICE calls you on the phone for an
interview, VICE will print everything you say or didn't say and put a
picture of you and VICE will go bwahaha at the faggy art show about it
to someone who sort of knows about you and then you will want to sue
VICE and VICE wins and you keep looking like a
yuppiesnobretardbitchlosertwatFACE!

a response would be nice. oh and i am wearing some shirt i got in yer
store for 75 per cent off and that is me hunched over hung over to all
fuck scribbling like a machine because if i don't create i just, don't
exist properly, it's a huge fucking burden. i could have added how no
one buys the clothes in VICE stores because they are shitty namebrands
that are overpriced but i think that would go in my next thing. i want
to be a freelance contributor and i want you guys to not call me
spoiled because i am not, i come from a dysfunctional place too. i'm
just ungrateful and mean and pretty and i don't know how to handle it
aside from washing down depression pills with beer and other crap.