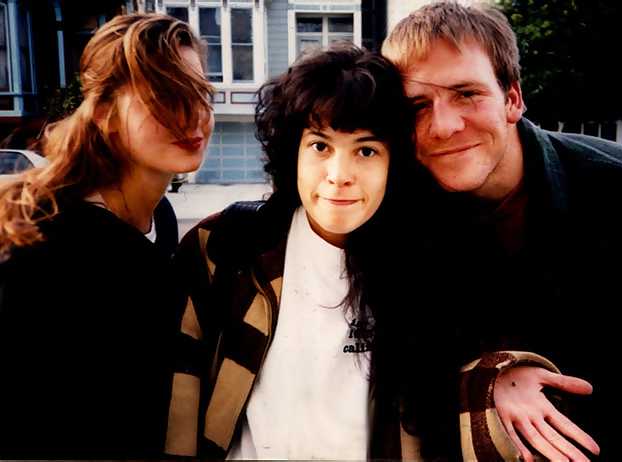 people ask me to do them favors and i dont mind sometimes. i mean in a lot of ways i have been very blessed. first of all, here it is three fifty am and i have jerry seinfeld on the howard stern show live from new york. thats not bad. snoozing away is rene. and yeah i could think well shes only gonna be there for 8 more nights, but id rather live in the moment - except when im not. and then i have all my friends. i have great friends. one of the best things about my friends is they can all drink. me and natalie celebrated our tenth anniversary of our first kiss and she found a quarter cube of acid and ate it for kicks and i said im gonna stick to the pabst. she said do me a favor, will you write some new poems cuz all i have are your sad ones.

i told her, do you know how hard it is to write happy poems? she said, you can do it. natalie has done me a bunch of favors so i told her i would think about it. then i saw her brand new laptop and i said what the hell is that. she said, i know. she hates technology, doesnt even have a tv. her boss gave it to her for when shes on the road, which is all the time. she said, do me a favor and quit putting naked girls on your page and put something up there that i would like.

so today, for a limited time only, is the collection of poems that i wrote right after she and i broke up, Merry Christmas. aren't you lucky? best yet i had been listening to lots of alternative music and for some reason i thought it would be really great to title the works after whatever tune was inspiring me at that moment. look for special appearences from: Satan, Death, Shadrach, and mr. neil young.

at the time i was living with Greg Vaine and Tsar Jeff in Atwater and even though it didnt seem like we did much more than watch America's Funniest Home Videos, we filmed a short movie ("Three Bad Roommates"), formed a band ("Chopper One") and survived fires, mudslides and the big earthquake. Creatively, Greg finished his MFA with some larger than life oil paintings the likes of which hadn't been enjoyed since Rembrandt, Jeff wrote and co-produced the songs for the Stupid Gurl cassette (which Greg plays guitar on), and I made this chapbook using a 286 IBM monochrome (orange) "portable" computer and my brand new 14.4 modem. many of my friends were living it up in Prague, Czech Republic and should i have been there too? yes, i shoulda been, but i was dumb. i was too attached to my cush job and company car (a mint green Ford Taurus). Kurt Cobain was about to shoot himself and the Northridge Quake was about to knock down our chimney when i printed out about 40 of these puppies.

for Merry Chrismas click Rock, for a nice bus ride photo journal click Sex, and the biggest favor i did this week was fill a very odd request impossible to ignore which was post an unedited stream of concious page. impossible to ignore because i dont like it when people say that i dont edit or that im s.o.c. maybe this will show you how bad it can be when you dont edit or write in that manner. click Drugs if you want to be bored. although i do get to fly first class miraculously in it.